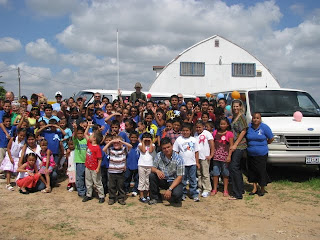 Phew!!! The time since our last post has flown by. Seriously, does anyone know where September went? It's been a fun couple of weeks here in Reynosa. We took the opportunity to celebrate all the children, staff members, and volunteers who had birthdays in July, August, and September. Unbeknownst to the children, the local movie theatre had donated free movies tickets to our entire group! How awesome is that!! The only thing CHI had to pay for was popcorn and drinks. To say the children had a great time would severely understate it. I wish I had taken my video camera (No, not so that I could pirate the movie!). I would love for everyone to see the faces we saw that day in the theatre. We were so blessed to be able to experience this with the children. One boy in particular was unforgettable. He had just arrived at the home that week. He had lived with his Grandmother who is on her deathbed and did not want him there to see her die. Unlike most eight year-olds he did not attend school and play with other children. Instead he took care of his dying Grandmother. Just to watch him that day was a precious reminder of what the Lord does through Children's Haven. He was so happy to be there and we are so happy to have him! 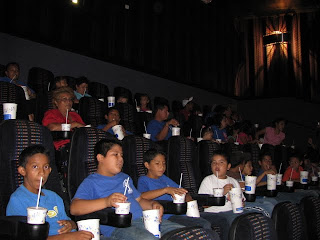 Another cause for celebration this month was Mexican Independence Day. We celebrated a day early this year so that we could make it a school activity. Just like Americans, Mexicans go all out to celebrate their independence. One difference, however, is their emphasis on the heroes of their liberty. To commemorate those who fought for Mexico's freedom throughout history, the children dress as different characters and heroes of the past. This year, after giving a short presentation for parents and guests the children loaded into the vans. We drove them to the adjacent neighborhood where many of the students live. They then proceeded to parade through the streets with songs and shouts of "Viva Mexico". We thoroughly enjoyed it! Incidentally, the fiesta gave me an opportunity to wear the dress that Tia Elsa so graciously made for me. I was a little nervous to wear it at first, knowing I would stick out like a ...blonde Americana! But once I arrived and saw most of the women and girls in similar attire I was proud to be a part of it all. 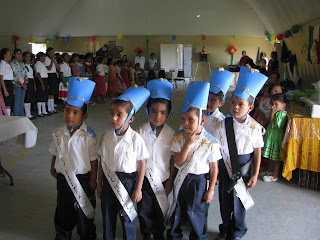 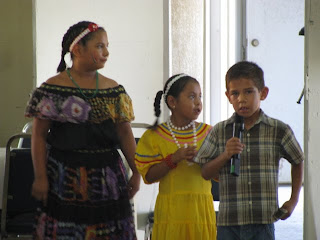 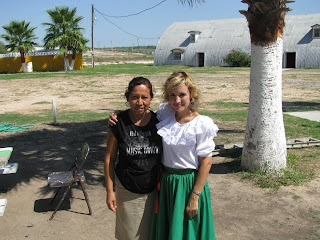 We continue to grow in countless ways as we acclimate to this "foreign place". But I must be honest and say that sometimes we feel so out of place and we long for home. However, God in all his goodness and his infinite wisdom reminds us that this is how we should feel. As long as we're on this earth, we should long for home...our Heavenly home with Him. If we don't feel foreign and out of place in this world then we're comforming to it rather than letting Him transform us.
"And do not be conformed to this world, but be transformed by the renewing of your mind..." Romans 12:2

I can't wait to read your book. 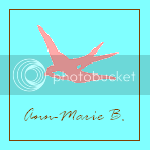